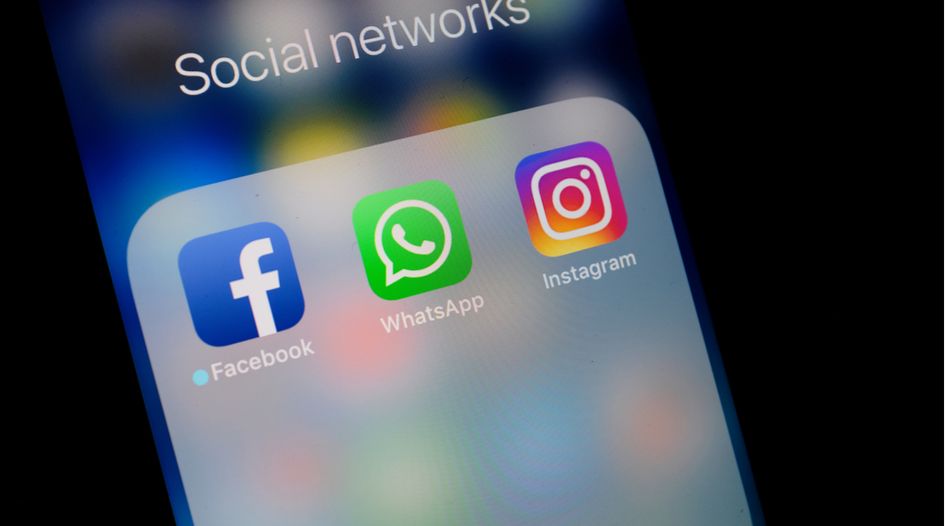 A US federal lawsuit has accused Facebook of illegally blocking rivals from accessing its data, coercing competing platforms into sharing their data, and protecting its market dominance by acquiring rivals.

Four companies filed the wide-ranging complaint in San Francisco federal court yesterday, taking a broadside at what they claim is a years-long scheme to monopolise the markets for the sale of user data to advertisers and third-party developers, and for sales through its own advertising channel.

Reveal Chat, Lenddo, Circ.cl and Beehive – who seek class action lead plaintiff status – said Facebook’s market dominance is protected by what they call the “social data barrier to entry”, as it is impossible for participants in the two monopolised markets to generate revenue without a “critical mass” of user social data.

The claimants said the lawsuit “seeks to halt the most brazen, willful anticompetitive scheme in a generation – a scheme that verges on final, irreparable completion as of the date of this complaint,” with Facebook “a paragon of unbridled market power” that has “no serious rival in its key markets – nor any prospect of one.”

The complaint pointed to the planned integration of Facebook’s systems with those of its subsidiaries Instagram and WhatsApp, saying that the move will “imbue Facebook with unrivaled global dominance of the social data and social advertising markets.”

The plaintiffs said the vast amounts of user data Facebook accumulated made its network increasingly valuable to third parties such as advertisers, which can use the platform’s data to better target its users. They said Facebook monetised the data in various ways, including selling access by providing developers, content generators and advertisers with access to its data.

They distinguished Facebook’s data with information held by the likes of Google, Yahoo! and other major online advertising players, which they said competed in an “entirely different” market based on search data. “The data Facebook had at its disposal was not fungible with search data – it was actionable data about individual users, with their identities fully ascertainable.

And as of 2010, the complaint said, Facebook had become the dominant player in the new market for social data – which Google tried and failed to enter with its now-defunct Google+ social network.

By 2011, the plaintiffs said, Facebook realised that mobile apps had become a threat, but that it continued to have social data as “an important source of leverage” to obtain new users and build new features and apps. It granted external developers access to the information – but by the end of 2011 and the beginning of 2012, the company set about blocking access to the data and refusing to sell social data to rival app developers.

What’s more, the complaint alleged that Facebook eventually went further, and forced rivals to hand over their own social data, for example by demanding reciprocal data access – and set about scraping rivals’ websites for the data anyway if they refused.

The claimants said one series of agreements with developers it identified as competitive threats let them buy access to private APIs unavailable to the general public, but also forced them to provide their own data to the platform. They named dating apps Tinder and Hinge as signatories to those agreements, “because of the value of the social data those applications produced”.

The putative class action plaintiffs said those deals had no procompetitive benefit and were “naked restrictions on the supply of social data”, with “staggering and facially apparent” effects on competition. Without those agreements and the overall scheme, the plaintiffs said other companies would have created their own social data through the rise of their own rival networks, eroding the barriers to entry caused by Facebook’s huge trove of information.

The four companies’ complaint pointed to Facebook’s acquisitions of Instagram and WhatsApp, saying the deals were part of the company’s strategy to control independent social networks and social data producers – which they said were “an important source of competition”, as the company could deny access to its own data but could not stop rivals from growing their own networks.

They said the Instagram tie-up hugely increased Facebook’s share of the social data and social advertising markets and increased the barrier to entry protecting its business. The pre-buyout WhatsApp, meanwhile, had built a social network derived from smartphone users’ contact lists and needed no access to Facebook’s data to be able to grow. The complaint said Facebook’s acquisition of that company removed another serious threat to the barrier to entry.

The plaintiffs said Facebook’s plans to integrate its Messenger service with the Instagram and WhatsApp backends will also solidify the barrier to entry and increase the cost of switching to rival social networks.

The plaintiffs said Facebook’s actions stop developers and other rivals from entering the social data or social advertising markets without first getting over the barrier to entry created by Facebook’s data dominance. They said that if rivals do manage to enter the markets, the company can use its market power to “destroy” entrants.

Facebook, the claimants said, should be forced to pay damages to be determined at trial – which are trebled under US antitrust law. The rivals also seek an injunction appointing a monitor to oversee Facebook’s conduct, including its imminent integration with the WhatsApp and Instagram products.