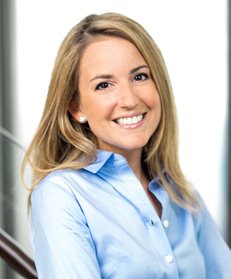 In 1999, I was an original member of a non-profit group called the Teenangels, which was led by cyber lawyer and child advocate, Parry Aftab. We went into schools around the country and taught children about responsible and safe use of the internet. We briefed members of Congress, gave interviews to the media, trained teachers and parents, and spoke at major industry conferences. I continued this work through college and law school. I graduated from law school in 2009, when the economy was reeling and the legal industry was deferring (or letting go) its rising first-year associates. I was among the deferred associates who were advised to start looking for a job while getting paid a stipend for one year. During that time, I worked as a volunteer staff attorney with the NY Volunteer Lawyers for the Arts, an incredible non-profit organisation that provides legal services to low-income NYC artists. Meanwhile, I sent emails to every contact I had at law firms and in-house, requesting meetings and asking if there were any openings in their offices. By some stroke of luck and amazing timing, I was introduced to my now-partners, Lisa Sotto and Aaron Simpson, who agreed to interview and ultimately hire me eight years ago as a first-year associate on Hunton & Williams’ global privacy team.

In summer 2016, Hunton’s privacy team had been called in to advise on a possible data breach at Yahoo!. The investigation found that Yahoo! had experienced two of the largest data breaches in reported history: one affecting approximately 500 million user accounts, and another affecting approximately 3 billion user accounts. Our team helped managed Yahoo’s entire legal response, including directing two outside forensic firms; conducting the global legal analysis; and preparing notification materials, regulatory responses, media statements and business partner outreach materials for the incidents.

My parents were my earliest and most profound influences. I dearly miss one of my other mentors, the late Joseph Alhadeff of Oracle, who helped usher me into and through a career in privacy law and was one of the brightest people I’ve ever met.

Go for it! This field occupies a space where policy, law and business issues constantly intersect, and it thrives on innovative and strategic, outside-the-box thinking.