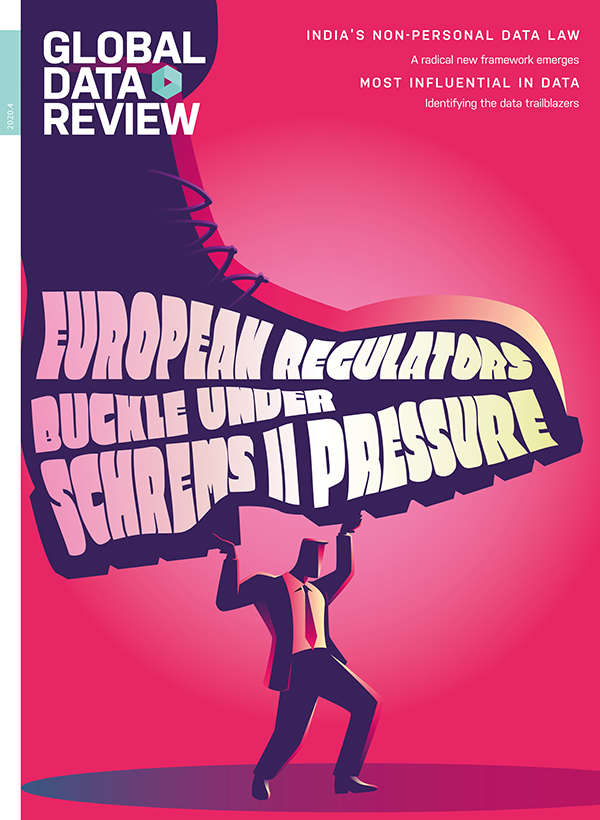 Understaffed and under-resourced European data protection authorities are likely to struggle with the new responsibilities handed to them by the Schrems II decision.

Data is valuable both to individuals it relates to and society as a whole. What would it take for people to give their data away for free?

Information is a lucrative currency in many industries, from sports fixtures and betting organisations to mapping, but protecting the investment that goes into collecting and presenting this data is proving a major intellectual property challenge. Fieldfisher partner Nick Rose and associate Miryam Boston examine the difficulties of claiming database rights.

50 most influential in data

Where some lead, others follow. GDR identifies the data community's leaders and trailblazers.

Why the ICO British Airways penalty was slashed

GDPR class actions remain rare in Europe, and claimants face plenty of obstacles. The Salesforce and Oracle litigation, set to run in parallel in London and Amsterdam, is a case that practitioners need to watch closely.

In a unique policy proposal that suggests one of the world’s largest economies plans to boost its growth through data, a group of experts from India’s Ministry of Electronics and Information Technology have suggested sweeping new legislation to regulate non-personal data in the country.

Carolyn Bigg, a partner at DLA Piper in Hong Kong, discusses the novel idea of using data as collateral for loans. The value of data is widely accepted – could this be a new frontier in extracting value from data?