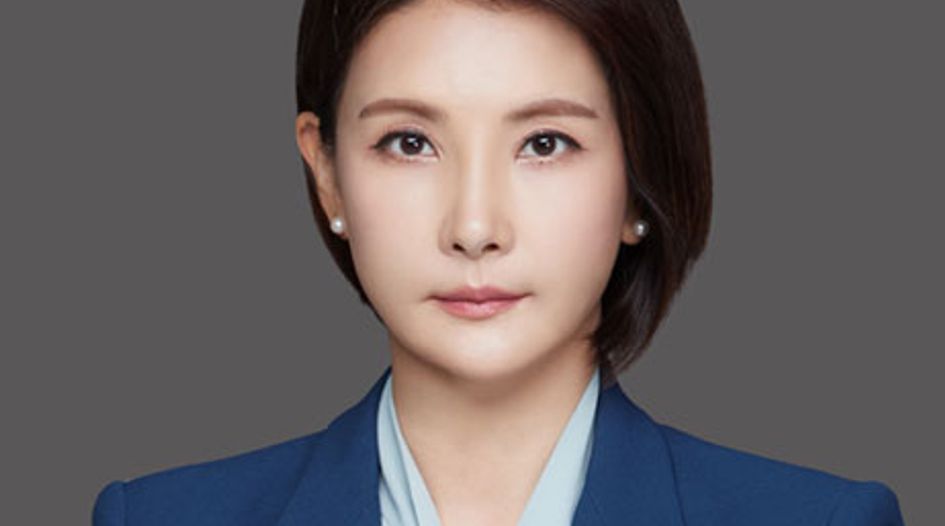 In terms of career highlights so far, a few examples include: in 2020, representing Bytedance  during an investigation by the Korea Communications Commission (KCC) regarding the collection of personal information from underage users of TikTok, and dealing  with many other cases that involved KCC investigations.

Lately, in connection with Google’s and Apple’s in-app purchase service, I represented the Korean Internet Corporations Association – the biggest interest group of Korean application developing companies – in reporting to the KCC the violation by Google’s in-app purchase policies of the Telecommunications Business Act. This reporting served as a momentum to provide a legal ground to legally prohibit mandatory in-app payments in Korea for the first time throughout the world.

Data differs from other practice areas in that the ICT area is rapidly changing, there are no court precedents or references at all, and lots of interpretation remains in a grey area. In giving legal advice, it is thus important for an attorney to take a creative view and offer new ideas, rather than passively relying on the existing laws or precedents.

Laws are amended or newly enacted every year to accommodate new technologies and services. So, an attorney not only engages in simply interpreting or applying law to handle cases but also induces laws to be newly enacted or amended or participates in a study group of a regulatory authority and gets involved in the very enactment or amendment. A case in which I get involved, if it doesn’t lead to the amendment of law, often becomes the first case to serve as a precedent.

In this sense, an attorney can play a more active role in this area than any other areas.

The biggest challenge is that amid technological development, the ICT area tends to expand from the traditional broadcasting, telecommunication and data areas into finance, automobile, and other areas. In addition, AI, the metaverse and other new technologies and trends have emerged. It is thus important for an attorney to study and understand, within a short period of time, a new area or technology that has never been experienced or dealt with before.

It takes a very long time for a new technology to become an issue in a society and sufficiently utilised to the point of requiring legal assistance in effect. For instance, virtual currency was not actively traded and did not pose a legal problem until almost seven or eight years after it became a social issue.

A law firm has to pay attention to undertake and handle cases in hand, and it is difficult to take a long term view and invest in particular areas or issues. However, such long-term investment and learning is the key to success in the ICT area. It thus seems necessary for a law firm to continue to invest so that its attorneys can continue to be interested in and study new technologies, even if no legal issue arises right away.

In terms of trends I’m following closely, in Korea, the metaverse emerges as a hot issue. Naver, one of the firm’s key clients, has built and actively operated a platform on the basis of the virtual reality known as Zepeto, and many other IT companies have designed and implemented virtual reality-based business models. The regulatory authorities, including the Ministry of Science and ICT and the Personal Information Protection Commission, are keen to and study regulatory issues involving virtual reality. There aren’t many legal cases in the area yet, but as the service is actively used in the future, more issues, including personal data issues, are expected to arise.

In terms of challenges to gender equity in the field, handling cases requires contact with the regulatory authorities, long-term relationship with clients and fast updates from the industry due to rapidly changing regulatory issues. It is thus necessary to have extensive and continuous exchanges with a variety of people in the industry. Female attorneys often have some difficulty with finding time for networking outside work hours due to the work-life balance issue.

The data field has changed for women in that in the past, I met few female in-house counsels or regulators at the manager level. Nowadays, I often meet female legal affairs managers or regulators in key positions.

If a female manager is involved, the closeness would not usually play a big role in undertaking or settling a case, and capability and logic would work better in persuading her. In this respect, I believe that female attorneys at law firms who previously found networking difficult will have more chance to win a case by using sincerity and logic.

A piece of advice I would give aspiring data lawyers and professionals: It would be challenging to study new technologies and legal issues seamlessly, in comparison with other areas, but this would open a door of opportunity for young attorneys who are quick to understand and can better respond to new technologies. I believe that attorneys can take a variety of chances to grow if they open their minds to continue to study new technologies and trends and are active and creative in providing their legal services.